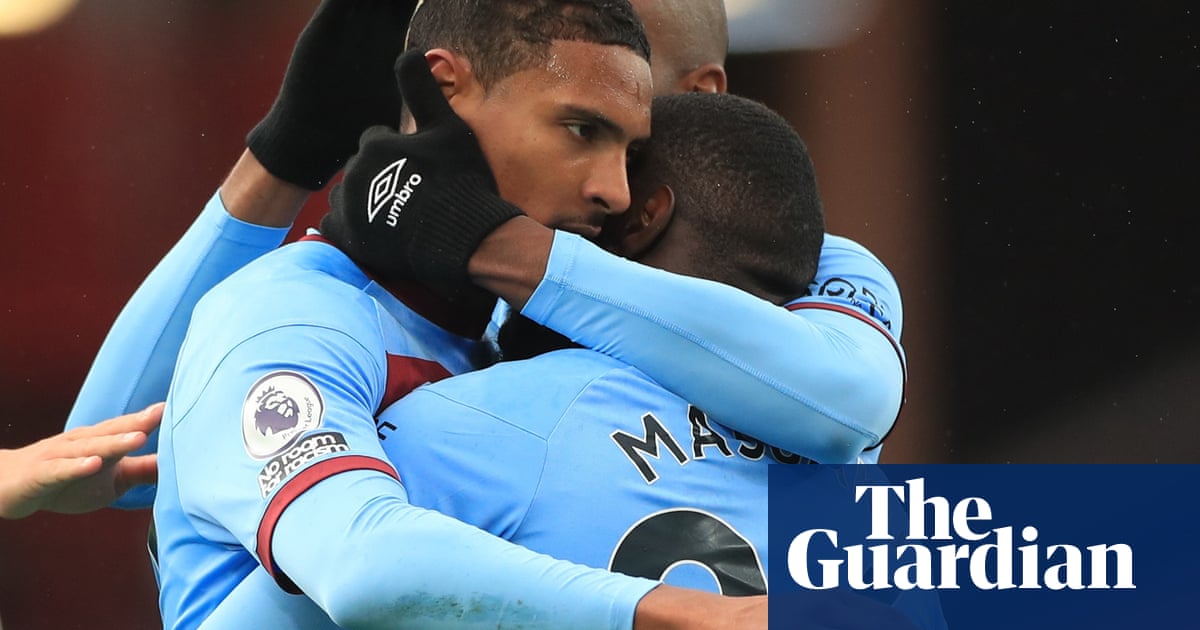 West Ham’s backroom staff queued up to embrace Sébastien Haller at the final whistle and every hug, high five and pat on the back spoke volumes. The French centre-forward has his critics but, for once, he had succeeded in silencing his detractors, leaving Chris Wilder’s players the ones wallowing in misery. Haller’s stunning second-half goal blew a gaping hole in Sheffield United’s already slender looking survival hopes, ensuring that nine games into the Premier League campaign, they are still without a win.

No one, least of all Wilder, wants to be stuck on one point in late November. “I’m disappointed, there wasn’t much in a tight game decided by a fabulous finish,” he said. “We can’t seem to find a way to turn the tide but, if you don’t show the necessary quality, the Premier League’s ruthless.”

Not surprisingly, David Moyes was considerably happier after his side rose to eighth. “We can play better,” he said. “But we can look up, not down.”

At kick-off, the sky above Bramall Lane was blue and the sun bright but, on a late November day demanding winter gloves, boots and scarves, it carried precious little warmth. Indeed, Lukasz Fabianski was probably grateful for the early call to arms which necessitated him saving George Baldock’s third-minute half-volley with an outstretched foot after Moyes’s defence – and Arthur Masuaku in particular – had been deceived by John Egan’s superb long ball.

West Ham arrived without a win here in 52 years and their cause apparently hampered by Michail Antonio not being deemed sufficiently fit for even a place on the bench. In the absence of their attacking talisman, they started shakily with Masuaku looking a definite weak link.

As the minutes passed, though, the left-wing-back pulled himself together and began, incrementally, fathoming out how to handle Baldock. Meanwhile his teammates’ passing improved appreciably with Declan Rice excelling but, unfortunately for Moyes, things tended to come undone in the penalty area where Haller, Antonio’s understudy, initially proved deceptively ineffective against Egan.

Although Aaron Ramsdale remained largely under-occupied, Sheffield United’s goalkeeper was required to dive low to divert Vladimir Coufal’s shot. Yet despite Tomas Soucek subsequently getting his feet in a tangle and miscuing with Ramsdale surely beaten and Jarrod Bowen’s goalbound shot being deflected by Egan, Wilder’s players could easily have been ahead at half time.

More specifically, the width of a post came between David McGoldrick and a goal when he nodded against that upright after Oli McBurnie had flicked on a corner won in the wake of Fabianski somehow keeping out another McBurnie header.

Neither side looked in control when, early in the second half, Haller vindicated his manager’s faith by scoring the most eye-catching winner. It all started with Coufal’s interception of a long clearance from Ramsdale and involved some pleasing interplay between Pablo Fornals and Bowen before the former was tackled as he shaped to shoot on the edge of the area and the ball rebounded for Haller to lash, first time, and unerringly, into the roof of the net.

In an instant a French forward who had seemed half a yard off the pace proved to have had the sharpest, and most technically assured, of reactions as Haller registered his first goal scored from outside the penalty area in almost 200 Eredivisie, Bundesliga and Premier League matches.

It leaves Sheffield United without a clean sheet all season but they very nearly equalised when McBurnie, generally well subdued by Angelo Ogbonna, saw his left-foot shot rebound off the underside of the bar following substitute Rhian Brewster’s clever ball.

That near miss coincided with the advent of an icy rain shower sweeping in off the Pennines and soaking everyone in its path. On an afternoon which seriously dampened any lingering optimism surrounding Wilder’s chances of masterminding one of the great relegation escapes, it seemed strangely emblematic.

Carragher: Klopp better than he gets credit for