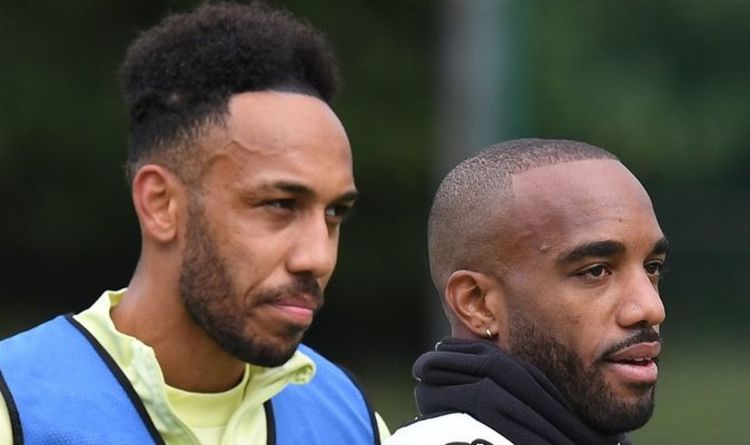 Arsenal boss Mikel Arteta has a problem on his hands in regards to Alexandre Lacazette form. The Gunners boss is a big fan of the Frenchman and campaigned to keep him at the club earlier this summer. Despite that, his stagnation suggests he may be past his best which could see Pierre-Emerick Aubameyang return through the middle as a striker.

Lacazette has less than two years remaining on his current contract but Arteta did not consider letting him leave in the transfer window.

Atletico Madrid were interested in the player while Juventus held talks with his agent in London over a potential deal.

The former Lyon man was never set on leaving though but Arsenal could have a decision to make next summer, as they look to avoid losing the player on a free transfer in 2022.

Nonetheless, his future has taken a backseat for now but his performances remain an issue for the Gunners.

In the Premier League, Aubameyang has failed to find the net in his past five games since the opening day of the season win at Fulham.

Given that he is currently being played out of position to accommodate Lacazette, it seems only a matter of time before the Arsenal captain is moved back into a central role.

Aubameyang has hit 22 Premier League goals in both of his past two Premier League seasons and he is still Arsenal’s main man after committing his future to the club.

At the moment, they are in need of goals and the current system is not getting the best from the Arsenal attack and it appears a change is imminent.

Get NOW TV Sky Sports season pass and save 25 percent